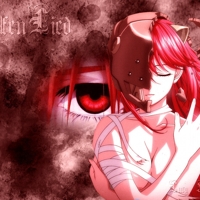 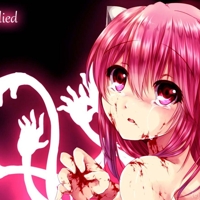 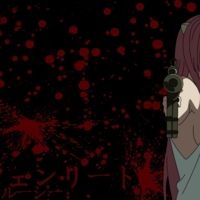 Mutated homo sapiens that have a dangerous telekinetic power is being captured and isolated in laboratories by the government. One of the sixth-sense-possessing humanoids escapes loses her memories and winds up living with a boy from her past.

Elfen Lied is a Japanese manga series written and illustrated by Lynn Okamoto. Elfen Lied revolves around the interactions, views, emotions, and differences between human beings and the Diclonii, a mutant species similar to humans in build but distinguishable by two horns on their heads and vectors, transparent telekinetically controlled arms that have the power to manipulate and cut objects within their reach. The series is centered on the teenage Diclonius girl Lucy who was rejected by human beings and subsequently wants revenge.

The series title German as well as Dutch for Elves song or more formally song of the elves and takes its name from the song Elfenlied, which is featured in the story. Elfen Lied involves themes of social alienation, identity, prejudice, revenge, abuse, jealousy, regret and the value of humanity. It is also noted for the graphic violence, emotional themes of how the characters change through, and the overall transgressive subject matter of the whole story. A 13-episode anime television series adaptation was produced by the studio Arms and broadcast on AT-X from July to October 2004. The anime series has been licensed in North America by ADV Films and in Australia by Madman Entertainment. ADV Films said the series was one of their bestselling and most notorious releases of 2005. The Anime Network is streaming the series in English, German, and French.

Episode 1: A Chance Encounter
After she breaks Kohtaâs seashell, his keepsake from his younger sister Kanae who died of an illness eight years earlier, she runs away because Kohta gets angry with her. Later, she is found by Kohta and Yuka, two cousins who are reunited after eight years to study at uni Blast of Tempest
Watched By