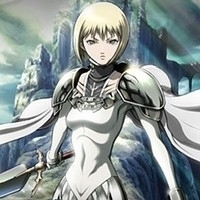 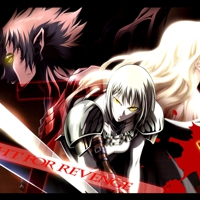 Hot chicks with swords! What more do you need? The series is set on a fictional medieval island where humans are plagued by something called Yoma, which are humanoid shape-shifters that feed on human beings. A mysterious organization, known coincidentally as The Organization, creates human-Yoma hybrids to help them kill Yoma for a fee. These female warriors wear special armored uniforms. The public refer to them as âClaymores,â alluding to their Claymore swords, or âSilver-eyed Witches,â due to their silver eyes.