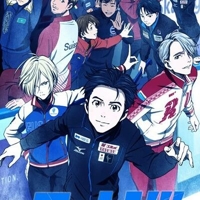 Yuri!!! on Ice follows a Japanese figure skater named Yuri Katsuki after a crushing defeat during the final of a Grand Prix competition. Following more failures, Yuri develops mixed feelings about ice skating, among other troubles in his life, and puts his career on hiatus. After graduating from college in Detroit, he comes back home to Hasetsu in Kyushu after being away for five years. Yuri visits his childhood friend, Yuko, at an ice rink known as âIce Castle Hasetsuâ and perfectly mimics an advanced skating routine performed by his idol and famous Russian figure skater Victor Nikiforov. When secretly recorded footage of Yuriâs performance is uploaded to the internet, it catches the attention of Victor, who decides to suddenly travel to Kyushu to become Yuriâs coach. Together with Victor, Yuri aims to win the Grand Prix series as he battles against his rival, Yuri Plisetsky, a 15 year-old rising star skater from Russia.

Amazon
Anime Rating
9.1/10
2953 users added this.
Similar in these categories. 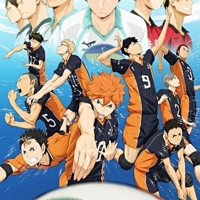