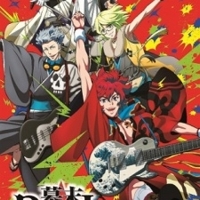 The story is set in the Bakumatsu era, at the end of the shogunsâ rule over Japan in the middle of the 19th century. The Tokugawa shogunate uses the brainwashing Heavenâs Songs by the top idols in Shinsengumi to subjugate the country and its people. In this Japan, writing or singing any songs besides the Heavenâs Songs is a capital offense. Sakamoto Ryouma and the other rockers rise up and change the world with rock ânâ roll for freedom and justice.

Amazon
Anime Rating
8.8/10
106 users added this.
Similar in these categories.