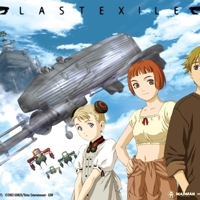 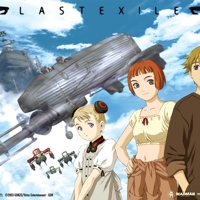 The story revolves around fifteen-year-old pilot Claus Valca and navigator Lavie Head, who fly their vanship as sky couriers in the nation of Anatoray. The world of Prestel, where the polluted atmosphere of the industrial revolution still lingers; where, underneath the wind and clouds, two countries, Anatorel and Dysis, confront one another in war; and where a terrible and exciting story is about to begin.

The story of Last EXILE is set on the fictional world of Prester, where its inhabitants operate flying machines known as vanships as their method of transportation. On this world which is divided in eternal conflict between the nations of Anatoray and Disith, sky couriers Claus Valca and Lavie Head have to deliver a girl whom holds the key to uniting these two rival factions.